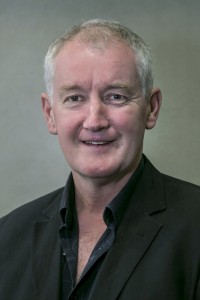 A world renowned geneticist who was involved in isolating the genetics behind Huntington’s disease & other gene blockbusters such as Myotonic Dystrophy and Tuberous Sclerosis – a genius! Has a long-term interest in finding human disease genes and variations in genes in general with a focus on the molecular genetics of disease, in particular neurodegenerative diseases like Parkinson’s & Alzheimers and how the genes behind the illnesses are inherited 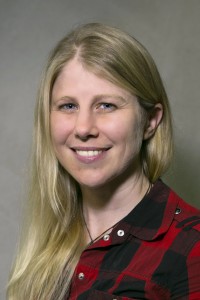 Is a Rutherford Discovey Fellow with an interest in the genetics underlying human conditions and their biological interpretation. She has been repatriated from the Centre for Human Genetic Research at Massachusetts General Hospital & Harvard Medical School in the USA to help establish a genetic research programme for autism spectrum disorder in New Zealand. Jessie was a former MacDiarmid Young Scientist of the Year & Auckland University Young Alumna of the Year 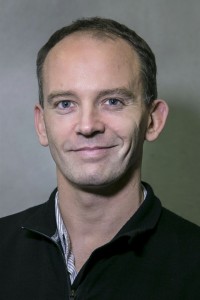 A microbiologist interested in the ecology of complex microbial communities. Having worked in the past on microbes associated with various marine and terrestrial animals, he is now applying the same techniques to study the microbial communities within humans. Bacteria and other microorganisms in the human gut have a profound impact on health and there is evidence for a link between gut bacteria and the occurrence of autism. 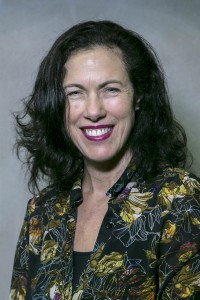 A consultant working at Auckland City Hospital and in private practice with a passion for understanding the ASD condition. She has a son with severe autism. She has previously completed a research degree (M.D.) at the University of Auckland Medical School 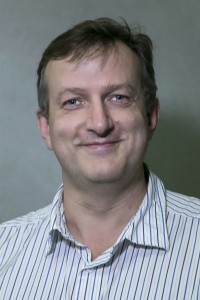 A functional biologist with an interest in understanding the molecular mechanism through which genetic variations cause disease. He is applying the computational analysis of large and complex data to identify candidate genetic variations. He uses gene function and molecular pathway analysis to prioritise the candidate variations for functional testing and to identify the disease-causing variant. His ultimate aim is to unravel the pathological processes leading to autism spectrum disorder at molecular level and to identify therapeutics that can modulate these processes

Javier Virués Ortega is a Senior Lecturer in Psychology at the University of Auckland. Originally from Spain, he joined the University (and also the Minds for Minds team) in 2014, after a four-year spell at the University of Manitoba in Canada. His research focuses on the emotional, behavioural and neural aspects of problem behaviour, especially among people with developmental issues. Applied Behaviour Analysis (ABA) is a science that aims to understand people’s behaviour and ABA-clinicians apply the findings to help those who have difficulty with regular learning and/or complex problem behaviours. The ABA programme at The University of Auckland trains clinicians and its researchers work with people with ASD to conduct meaningful research. 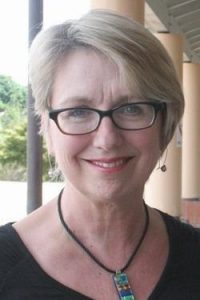 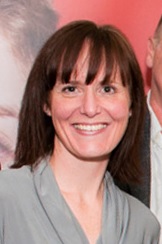 The Principal Investigator of the Synaptic Function Research Group at the Centre for Brain Research. Herresearch focuses on understanding how synapses in the brain function and how alterations in synapse function manifest into neuronal disorders. She collaborates closely with Stanford neuroscientists and together they have undertaken ground breaking research examining how synapse dysfunction relates to autism. 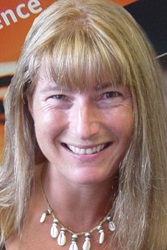 A developmental neuropsychologist in the School of Psychology at the University of Auckland. Her autism research focuses on the neural bases and long-term outcomes of neurodevelopmental disorders like ASD. Her experimental work combines techniques from cognitive neuroscience (fMRI and EEG) and clinical neuropsychology. She is also involved with 3 national longitudinal studies: Dunedin Multidisciplinary Health and Development Study (DMHDS); Growing Up in NZ; and Auckland Birthweight Collaborative (ABC) Study.

A cognitive neuroscientist in the School of Psychology, he is also an Associate Director of the Centre for Brain Research at the University of Auckland. His interest is in the connectivity and plasticity in the human brain and in how these support cognitive processes. He is also interested in differences in cognitive processes in people with ASD.

Liz Fairgray has been a Senior Tutor in Speech Science at the University of Auckland since 2007. She is a speech-language therapist and certified Auditory Verbal Therapist, who has worked with children for the past twenty-five years. These children have a specific language disorder, phonological disorder or overall developmental delays etc. In addition Liz has worked extensively with infants and children who have hearing loss and wear cochlear implants. At present, Liz runs The Listening and Language Clinic at The University of Auckland. 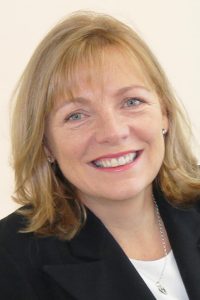 Josephine (Jo) Wallis is the founder and CEO of Geneva Healthcare, a global business that originated in New Zealand in 1996 and has spread across Australia, UK, Europe, the Middle East and North America.With Jo at the helm, Geneva Healthcare continues to lead change and improvement in healthcare delivery.
Prior to her role at Geneva Healthcare International, Jo had fifteen years clinical nursing and health management experience both in New Zealand and the United Kingdom. She was one of the first students to complete the post graduate Diploma of Management (Health Services) at the Graduate School of Business, The University of Auckland. In November 2015, Jo was recognised for her hard work, and is being celebrated by the Women of Influence Awards having been named as a finalist 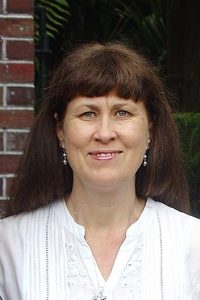 Keitha Smith lives in Auckland, is married and has two teenage children, the younger of whom has autism spectrum disorder. She thoroughly enjoys being involved with Minds for Minds Trust, supporting the excellent work being done through the research project.
With a background in banking, training and education and previous experience of eight years on a primary school’s Board of Trustees, Keitha looks after administration for the Trust.
When not working for Minds for Minds or looking after her family, Keitha is a novelist, writing women’s contemporary fiction

For over three decades, Liz been involved in the media world as a sports journalist, a researcher and television producer for both TVNZ & TV3 morning programmes particularly in the business area. More recently she has operated her own PR consultancy to help businesses and organisations gain more positive profiles, with a focus on media management and training, issues and crisis management.
As keen sports enthusiast and participant, she has both played a range of sport and been involved in coaching and managing a variety of sports teams at club and representative level. She also sit on the Board of Auckland Netball. 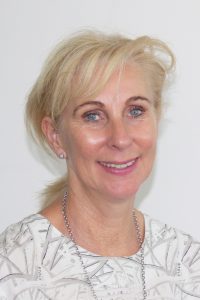 Karin joined the Minds for Minds Trust with a wealth of business experience in Auckland and Queenstown.  She also supports her son who was diagnosed with Autism 12 years ago.  She has previously worked for Autism New Zealand working as a new parent liaison. As a result Karin brings expert knowledge and experience of the impact Autism has on inidividuals, and ways in which people and their families can be best supported in the community 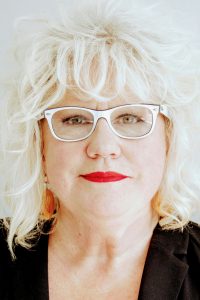 Angela Griffen is a strategic communications advisor.
Her background is in corporate affairs, public relations, media management, international project management, journalism and advertising. She has advised on and developed effective campaigns in all disciplines for a wide variety of national and multinational clients and not for profits.

Watching friends bringing up children affected by varying degrees of autism, Lisa Finucane has a huge admiration for families working through the associated challenges and achievements.

A communications professional (a Fellow of the Public Relations Institute of NZ) with extensive experience in the public, private, and not-for-profit sectors, she is also associated with North Harbour Living Without Violence, The Humane Society of NZ, and Massive Theatre Company

Autism New Zealand Inc. provides support, training, advocacy, resources and information on Autism Spectrum disorders including Aspergers Syndrome. Our members include children, young adults and adults on the autism spectrum; their family/whanau; caregivers; and professionals who work within this field.

For more information on the services they offer, related articles, fundraising and what is happening at your local branch please check out their website. The Foundation is governed by a Board of Trustees, employs three staff, contracts highly skilled experts for specific programmes and has a team of active volunteers.

Children’s Autism Foundation is stepping in to meet the growing demand for quality services in Auckland.  Their family-centred programmes are unique among service providers in Auckland and Northland, complementing services provided by other agencies such as Autism NZ and Parent2Parent.

The Trust was formed in 2004 by a group of Wellington parents all doing ABA therapy with their children.  They formed the Trust to give themselves and other families, support and guidance with implementing home-based therapy programmes. They have achieved a lot since then, including support early intervention therapies and their holiday programme, unique in Wellington, is now in its fourth year.

Members of the trust have firsthand experience of autism and what it’s like to care for someone with autism. They totally believe in the value of effective early intervention and the difference it can make to the long term quality of life for children and their families. Their parents know how isolating it can be to have a child with autism and would like to invite other parents and family members to join. 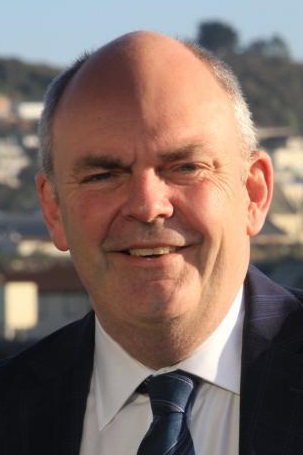 Former National Party Finance Minister Hon Steven Joyce is taking on his first public role since leaving Parliament as the new patron of our Minds for Minds Charitable Trust.